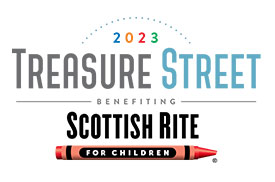 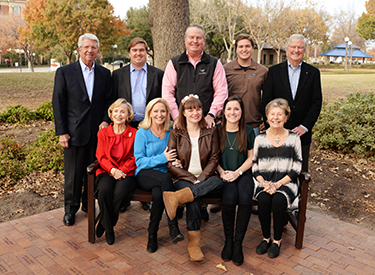 Read a letter from our founders

15th anniversary of Treasure Street and homecoming to hosting the event back on the TSRHC property.

First time in event history, Northern Trust is named presenting sponsor of 2010 Treasure Street with a gift of $100,000.

Fourteen clinics (13 U.S., and 1 in Belguim) are currently submitting data to the TSC database; TSRHC was the original clinic to launch the database and has the most participants.

TSC database was launched in partnership with TSRHC to collect information about this inherited disease, which affects various organs in the human body: including the brain, heart, kidney, lung, skin, and is associated with developmental disorders such as autism. The database will serve as a resource of information to researchers with a long-term goal of finding a cure for tuberous sclerosis complex and improve the lives of those affected.

Raised $350,000 to offset cost of initiating the Tuberous Sclerosis Complex (TSC) database that will pool clinical information from TSC patients seen in participating clinics across the country.

Treasure Street reached $1 million goal in support of the TSC Clinic, adding a dedicated case manager/research assistant who implemented the creation of a database of research findings on TSC patient population:

First Treasure Street event held at TSRHC. Each guest was asked to bring a personal “treasure” to contribute to the silent auction. Items were displayed in a street fair arrangement, thus coining the “Treasure Street” name. The event raised $150,000 in its first year.

The Tuberous Sclerosis Complex (TSC) Clinic at TSRHC was established.